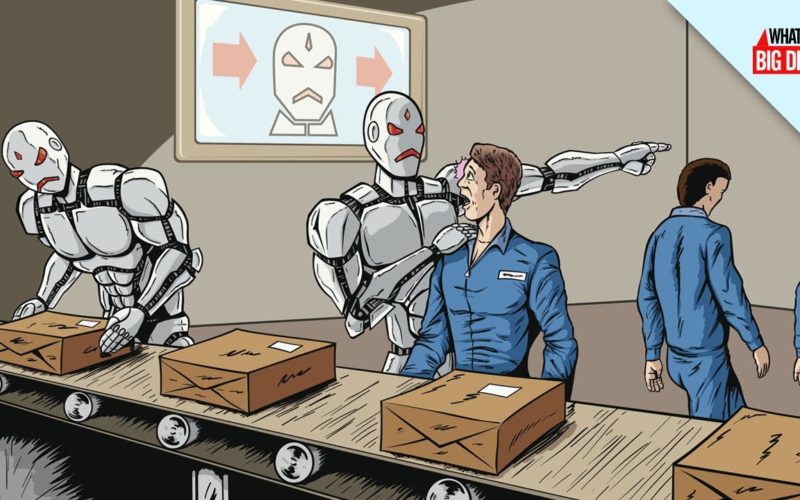 Today, after a long day, I was lazying a bit in the sofa while flicking through some TV channels when I saw a show that got my attention. The program called “Inside the factory” from BBC was showing the production of chocolate Digestive biscuits, from McVities.

These biscuits that were invented in 1925 are certainly my favourites, and when going for the weekly shop, it is always that mental fight to buy some or stop eating processed food. Other compelling reason for me to watch that TV documentary, it is also the fact I always like to understand how businesses work and what could be more interesting than a factory production line on TV? Of course football, F1, movies, etc but never mind…

What inspired me to write this post was the level of automation (robots) in the production of these biscuits. From what I could see, 100% of the production and packaging is fully automated! No people required. Just robots working 24 hours to produce these treats. Apart from the TV presenter and the factory manager, the first person I saw working in the factory was the fork lift driver, moving a pallet (fully prepared by robots) into a truck. Ah, the truck still had a driver (for now).

I am a big fan of any sort of automation, as in my previous life I’ve worked a considerable amount of years in IT automation. For me, automation is a great way to empower people to make many things better. But everything has pros and cons. One the the big cons for automation, is that millions of people will have to leave their comfort zones, if they want to survive financially.

Now, have a look in this video that shows the production line from the perspective of a chocolate digestive biscuit (I know, this sounds doltish), but just note how the entire production line is automated.

If you’ve watched the whole video, you might be thinking: “I saw someone picking up a box at the end of the packaging process, probably to pile the box in a pallet! It is not 100% automated, no no no!”

So, that must be something they’ve done only for this video or some old factory they still have. At the current production line, the packaging is done by these bad boys:

If you are a bit geek like me, you are probably thinking about buying one to make the coffee or help with some of the house chores. There some desk robot for kids at around $ 50 in Amazon, but they are quite limited on capabilities. But I’ve found one really cool, which is programmable and can be turned into a lot of stuff.

Coming back to our post subject! If for some reason you think that all this is not a big deal, have a look on this vintage McVities video below showing how digestives were produced 90 years ago. You get a prize if you can successfully count the number of people working in that factory.

Well, let’s try to look on the perspective of each person involved on the entire production chain discussed so far.

Of course, automation won’t kill all the jobs, but it is already changing the economy of many countries. People will eventually find ways to deal with this, either by:

Now which “herd” are you planing to join?

Better to decide quick, unless you have plans to grow your knowledge, build your assets and have ownership of your nose (financially speaking, of course). The clock is ticking…

Continue reading...
Top 10 YouTube highest earners
Top three mistakes newbies make in the Stock Market
What is leverage?
Is this a good stock at a cheap price, or a cheap stock at a good price
4 Killer Strategies to Buy a Website and Flip It to Make Money Online
What is Forex
Bitcoin Mining - How to earn Bitcoins now!
Buying a foreclosure house in California